Travel insurance: You really, really don’t want to leave without it

Pricewatch: Mere sight of medical bills due to overseas illness might give you a heart attack

More than half of the Irish people who leave this country every year don’t bother with travel insurance.

This is despite the fact that it is one of the very few insurance products that has not spiralled in price in recent years, while not having it could easily cost you an arm and a leg and make a difficult situation immeasurably worse.

Many of those with private health insurance policies which routinely cover overseas emergency healthcare figure they don’t need it, while those travelling within the EU where public health systems can be readily availed of at no cost are similarly disinclined.

But all those who don’t bother packing their travel insurance are making a mistake. The mere sight of the medical bills that can be incurred as a result of an overseas illness would be enough to give you a heart attack, particularly if you are travelling to the US.

While private health insurance and the benefits of being an EU citizen will take some of the sting out of falling ill, neither will help you if you have to cancel your holiday or curtail it because someone close to you has fallen ill or, heaven forbid, died. Neither will be of much use if you are the victim of a crime while abroad. You will also have to stump up if you or someone you are travelling with needs to be repatriated in a non-conventional way.

With all that in mind – and ahead of the start of the summer holidays – we thought we’d draw up a list of dos and don’ts when it comes to sorting out your travel insurance.

1. Do take out your out travel insurance as soon as you book your trip, or take on an annual multi-trip policy if you are planning to take more than two trips overseas in any given year. A significant number of claims are down to changing family circumstances or a bereavement, and you have no idea when such things will happen.

In an analysis of its own claims data since 2012, AA Travel Insurance found that on average, 30 per cent of claims made each year are lodged as a result of the holiday-goer needing to cancel or curtail their holiday pre-departure.

“It’s very easy to fall into the trap of assuming you only need travel insurance while you’re actually abroad and leaving it until the very last minute before your departure to purchase cover,” says the AA’s Conor Faughnan. “Unfortunately, taking that approach can prove exceptionally risky as you could be left with a significant hole in your wallet if you’re forced to cancel your holiday at short notice for any reason.”

2. Don’t take out a policy sold by tour operators, as they tend to be a lot more expensive than those sourced elsewhere. If you are booking a holiday with a tour operator you might be told that you will get additional peace of mind if you book the insurance with the tour operator also, as their reps overseas will have all the details of your policy should things go wrong. But in an era of digital communications, you should be able to access all the documentation you need handily enough on your smartphone.

3. Do declare any pre-existing conditions that you have when taking out a policy, as you do not want to give the insurer any excuse not to pay out in the event that you fall ill as a result of that condition. And remember that if you have the results of serious tests or investigations hanging over you, it might be advisable to let the insurer know there is an issue. If you don’t, a subsequent claim could be rejected. If you have health insurance that includes medical cover when overseas, you will most likely not have to pay any additional premium for many pre-existing conditions.

4. Don’t ignore the small print. Look at the size of the excesses and the exclusions. Insurance companies don’t get rich by giving money away and they sometimes do their best to make claims as hard as they possibly can. They also make the benefits of their policies crystal clear and hide the exclusions in very small print. For instance, phones are not covered in many cases, while other valuables can lose their cover if they are not with you at all times. And, if you hadn’t been storing your passport in a hotel safe when it is stolen, you can almost certainly forget about making a claim for its theft from your hotel room.

5. Do use this handy trick. The documentation attached to a normal travel insurance policy is more than 15,000 words. The dense, dull prose makes it almost impossible to read. Rather than reading it in full, download a PDF version or copy the text into Microsoft Word and search for “not covered”, “excluded” and “exclusions”. At least that will give you a sense of what not covered by your policy.

6. Don’t forget your European Health Insurance Card (Ehic). If you are travelling in Europe, it gives you access to public health services at no cost and, as most of the countries in the EU have a better public health system than we do, you should never worry about using it. If you have a smartphone, download the Ehic app to help you navigate overseas health systems. Remember, your card needs to be renewed every five years. And don’t ever pay for the card. Some sites will try charging for the service, but it is free through the official site, ehic.ie

7. Do remember that some companies will reject any claim for a cancellation or curtailment if it is down to a pre-existing condition, even if the condition endures for years. So if you have an elderly close relative who was diagnosed with a serious illness several years previously and they pass away or become gravely ill while you are overseas, the cost of returning home may not be covered.

8. Don’t forget to tell the police if you are the victim of a crime overseas. If you do not have a police report, you will not be entertained by an insurer. You will also need to make the official complaint quickly. If you leave a police report for longer than 24 hours, an insurance company might view your claim with scepticism.

9. Do take a photograph of your passport and email it to yourself before you leave home. If it is stolen, having all the details on your phone makes it easier to get an emergency replacement. The reason you need to email it is to cover yourself in case the phone is stolen too. 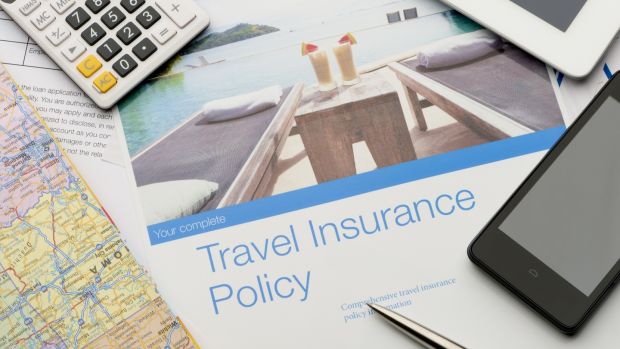 10. Don’t expect your insurance to cover natural disasters and the like. Some of the cheaper policies do not cover travel rearrangement expenses, accommodation and cancellations relating to “natural disasters” outside of weather disruption. If you want travel disruption cover, you will have to pay more for it, although not a whole lot – and such an add-on might only cost €15.

What does Business Insurance cover?

Hard Brexit may see end of some insurance products